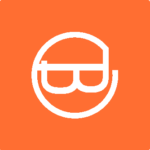 Hi Kelsey! What is your role within Brainstud?

“I’m a front-end developer within Brainstud, and I primarily work on e-learnings for external companies, like Schiphol and the Yacht Builders Academy. I also work on smaller projects, like landing pages for other websites, or small tweaks for our own website.

How long have you been working at Brainstud, and how did you end up here?

I actually really wanted to come back to Europe, even though I’m from the Antilles. And I was praying about what to do next. I decided; okay if I find a job in Holland that I like, I will go back to Holland. And if not, I will stay in Curaçao. Then I found this job online, which looked pretty cool. So then I applied and talked with Steven. I had a really good feeling about Brainstud after that conversation. In the weeks following, I also talked with Dion and Bernd. I liked them and the company so much, that I decided to move back to Holland and work at Brainstud!”

What did you do before you became a front-end developer?

“I lived on the Antilles until I was nineteen years old. Then I moved to Holland alone, to study Communication and Multimedia Design (CMD) in Rotterdam. I studied that for two years, and in my second year, of studying that, I started to feel a little bit of dissatisfaction. I wanted to do something that was more helpful for individual people. In my study, the focus was more on marketing and doing stuff for big companies, and that didn’t resonate with me at all. And I also felt like, besides the design, I want to be able to do things myself and not be dependent of a developer.

So I stopped with CMD, and took a whole different route! I went to a Christian lifestyle center in Austria, where we taught people how to deal with their sicknesses holistically, with lots of water, exercise, and of course healthy eating. I was there for three years; the first year I studied this lifestyle course, and then I worked there for two years. It was an amazing time, in which I learned a lot. I also realized, even though (web) design is my passion, that the foundation of my work has to be helping other people.”

So how did you learn how to program?

“While I was in Austria I had a very regular schedule, and in the evenings I often had some time left. So many of these evenings I taught myself to code, by following an online course on the website Open Classrooms. As part of this course, I had a personal coach, who was a developer herself. She helped me a lot! This was an extra motivation because I had to finish certain things, and she was very good at helping me to learn the principles of development. That time in Austria was such a blessing because I was able to have that wonderful time during the day, and in the evening I was learning programming. After three years in Austria, I moved back to Curaçao, with the plan to eventually come back to Europe one day.”

What is it like to work at Brainstud, with the other Studs?

“It is almost like a dream company for me, and I don’t say that to be cliché! I just feel like when I talk to other people who don’t work here, I realize that Brainstud is very uncommon. It is not a typical company. Everyone here has so much love and respect for each other, and we treat each other so kindly and in a friendly way. Working here is fabulous, and the most precious thing to me is that I am able to connect with all Studs. I feel like I actually have friends as colleagues, which I know is not so common at a workplace. It’s like a home away from home.”

What does ‘Next level education’ mean to you, and how are you incorporating this in your daily life and work?

“In the lifestyle center in Austria, our main focus was to bring people more than just healing, but also true education. And to me, education is more than just information, it is the development and personal growth of a person. ‘Next level education’ for me is always seeking to grow, not only in knowledge, but also in character. In my work, I always try to think of “How can people grow through the materials I make?” and “How can they learn in the best way?” I believe the key when it comes to education is putting what has been learned into practice. If knowledge is not practiced, it’s just information. The “practical-ness” of the way we share knowledge is one of the things I love most about our work here.”

Which project that you have done did you like the most, or are you most proud of?

“I think for me Schiphol EASA was the most fun to do. I feel like, in that project, we as a project team worked together and grew together a lot. EASA was one of the first projects that was primarily my responsibility as a developer. I also was challenged and improved my technical skills, with React JS. Furthermore, I enjoyed being able to contribute in several areas; not only in code, but also help with thinking things through, and looking at the design. And that is what I love about Brainstud; everyone is allowed to share and contribute. You don’t have to be an expert in something, to suggest doing it in a different way.”

Do you have some kind of dream project you would like to work on in the future?

“One of the things that also attracted me to Brainstud was when Bernd shared his vision and goals for Brainstud; to become a source of ‘Next level education’. For more than Holland or Europe, but also for other places in the world; particularly countries where people have so much less. For me, being able to help to make education accessible to places like that would be really great.

Also, I personally hated high school. I wished that I could have learned without having to go to school. Therefore, I would love to contribute to being able to learn from anywhere, without having to go to school physically, just to show your face. I don’t think that purely digital education is the way, but I feel like education could become more flexible and practical! For example, the fact that I was able to learn to code when I was in Austria, online but with a coach, that is something I would love to offer people all over the world.”

At last, do you have a nice fact to share with us? About yourself, or something you have learned during your work?

“When I lived in Austria, I spent 5 weeks as a volunteer in Ethiopia. There I was surrounded by some of the most extreme poverty I could imagine. My time there convinced me that having an easy life with everything one wants is not what makes one happy. Contrary to popular opinion, I believe that it is through hardship that some of the happiest, most loving and lovable people are formed.” 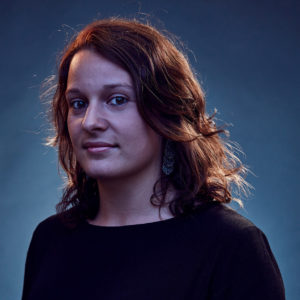